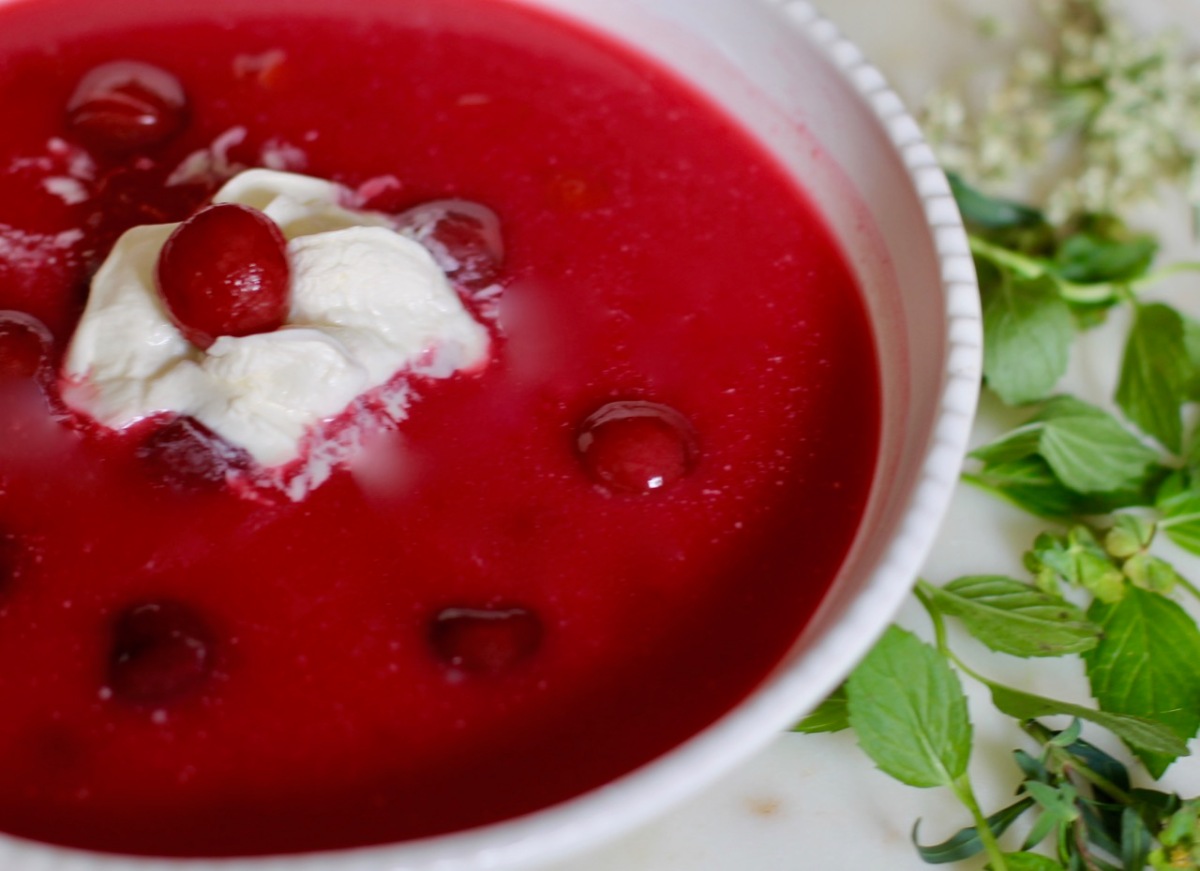 When I was a little girl I used to go to the farmers’ market with my grandmother to sell her goods. I was in charge of the fruits. Whatever I was able to pick the day before, I could sell. I loved climbing up the tree and picking the fruits. We took the train to the nearest town where the market was. So of course I sold the cherries and the sour cherries too. I remember I used to wonder though why the heck people got so excited about sour cherries, why not just buy the delicious sweet cherries. Well, try this soup and you will understand too :).

Honestly, nothing tastes as good as a bowl of cold sour cherry soup on a hot day. Sour cherry soup originated in Hungary and is popular in many Central European countries. I added a small amount of ginger, cloves and cinnamon to offset the sweetness and sourness of the cherries and orange peel and salt to balance it out nicely. At the end, I thickened the soup with egg yolks. Oh and I added in a bit of alcohol, more exactly white wine and brandy (pálinka). The alcohol content will boil away so no worries, kids can have it too.

The main ingredient is the sour cheeries. If you have a tree growing in your back yard, it is the best source for picking for sure. I have seen it in health food stores, farmers’ markets and some specilty shops too but otherwise it will be most likely hard to get fresh. You can get frozen sour cherries, they will work well as long as they are tasty, of course. Also, you can use soft cherries too but the harder kind, the bing cherries will not work. I leave the pit in but take the stems off. In addition to the cherries, I like to add some goose berries to the soup, too.

Enjoy some Hungarian folk music while you are having the soup … https://www.youtube.com/watch?v=aiv06rzysaU